Why does the West hate Russia even though Russians are their white brothers?

评论翻译
Carol Gebert
Odd question. The west only started hating Russians in the past year. Meanwhile, Putin and his propagandists have stated clearly, frequently and officially that they dispise The West and consider themselves in a holy war against the decadent West, which they have been planning for decades. So you have the question completely backwards.

Vishnu Raghavan
Are you wondering why a bunch of white people hate another bunch of white people?
This is a perfectly fair question from someone who lacks education in history. That is not necessarily a bad thing; when you lack something, you are more aware of yourself than a lot of self-proclaimed historians on Quora.
Now, I just want to point out that lots of conflicts are not racial in nature; take a look at the wars that have plagued the Democratic Republic of the Congo since its independence,or the American Civil War.
The vast majority of Congolese are black; the vast majority of Americans were white during the American Civil War, but these wars occurred. Even today, there is plenty of tension among Congolese, and the northern and southern parts of the United States struggle to agree on anything.

So, why do lots of Western countries hate Russia?
Before I can answer that question, I should note that Western countries have hated each other for about as much time as they have hated Russia. For example, there have been lots of conflicts between England and Ireland, England and France, Prussia (Germany) and France, Bavaria (now part of Germany) and Prussia and Austria, and more. Conflicts in these cases, especially when we look at history, have far more to do with factors such as resources and power than race. Even racial conflicts have to do with power more than with race; having studied anti-Semitism, I think that it historically has to do more with jealousy than with actual racism against Jewish people. Had there been another group that was perceived to be as studious, that group would have faced discrimination (Catholic versus Protestant conflicts).
Now, with this in mind, the first anti-Russian Western sentiment comes from the nineteenth century, specifically Napoleon Bonaparte. Let us take a look at page 132 of Memory and Power in Post-War Europe: Studies in the Presence of the Past with this excerpt from Iver B. Neumann, a former professor at the London School of Economics.

Napoleon’s anti-Russian sentiment, leading to his invasion of Russia, was done to impose his desire to conquer Europe. Since he thought that the Russian-style monarchy would spread through Europe, despite he himself being a de facto monarch, he wished to impose French monarchy on the places that he invaded, such as Slovakia. You can also take a look at another major Western country and world colonizer: the British. The British controlled India for a long time, and when Russia advanced in Central Asia, Britain had a fear that Russia would come near enough to India that its presence would cause disturbances in India. The protection of colonial possessions (Britain) and the desire to expand one’s territory (French) is why the West hated Russia in the past. Why does the West hate Russia today?
The West currently hates Russia due to Russian interference in Western elections,and also due to the same power dynamics that we talked about this far. It really is that simple, and really has nothing to do with race.

导致拿破仑入侵俄国的反俄情绪，是为了强加他征服欧洲的欲望。因为他认为俄国式的君主政体会在欧洲蔓延，尽管他自己就是事实上的君主。他想把法国的君主制强加到他入侵的地方，比如斯洛伐克。
你也可以看看另一个主要的西方国家和世界殖民者：英国。英国人控制了印度很长一段时间，当俄国人在中亚推进时，英国担心俄罗斯会靠近印度，以至于它的存在会在印度引起骚乱。
对殖民地的保护(英国)和扩张领土的渴望(法国)是西方过去憎恨俄罗斯的原因。
为什么西方今天讨厌俄罗斯?
西方目前讨厌俄罗斯，因为俄罗斯干涉西方选举，也因为我们到目前为止讨论过的同样的权力动态。真的就是这么简单，真的和种族无关。
Pablo Djankowicz Ruizinowitz
I see someone knows absolutely NO European history.
White people have been killing other white people in huge slaughters for thousands of years. The West hating their white Russian brothers is par for the course. I’m quite confused why you think it should be any different. White people are quite the bloodthirsty bunch, fighting with each other like mangy dogs over a bone if we go by the very long and unfinished list below. LOL.
In fact, that’s a fundamental reason why the European unx was set up after the last gargantuan slaughter had ended in 1945. So far, the EU and its structures have been working out well for a good chunk of Europe, as peace has persisted in its western part for an almost unprecedented 80 years. These EU institutions took the bone out and cured the mange of a lot of Europeans.
Below is a non-comprehensive list of these giant slaughters that go back roughly 2,000 years in Europe:

Shun Bot
Wait… are you asking “why does one group of white people hate another group of white people?” Have you uh… ever taken a single history class, ever?
The majority of wars in the last 1,000 years were fought between groups of white people who hated each other. They even wrote a book on it:
As far as I am aware, every neighboring nation in Europe has hated each other at some point in their history; most still do. Being white has nothing to do with it.
American comedians love to joke about how “all the Asians hate all the other Asians”. The same can be said of all the Europeans. Living in the same neighborhood for centuries and millennia invariably develops mutual animosity and hatred.

图：《1000年惹人厌烦的法兰西》
据我所知，欧洲的每个邻国在历史上都曾相互仇恨过;大多数人仍然如此。这跟你是白人没关系。
美国喜剧演员喜欢开玩笑说“所有亚洲人都恨其他亚洲人”。所有欧洲人也是如此。在同一个社区生活几百年和几千年，总是会产生相互的敌意和仇恨。
There are three major factors that determine how much two groups of Europeans will hate each other:
Historical beefs
Religious & cultural differences
Political goals of the ruling class
Russia is hated by Western Europeans on all three ways:
The Cold War
Russian Orthodox Church has been beefing with the Latin West since the 12th century. Russian culture is also seen as backward and unsophisticated.
This is the big one: Russia is the only nation in Europe with the potential to challenge American hegemony. There can only be one big man in Europe, and the Americans have Hollywood, so they control how Western Europeans think.
In Hollywood there’s an acronym, RAV, it stands for: Russians, Arabs and Villains. If you see a Russian guy in a movie, he’s gonna look something like the guy pictured (John Malkovich in Rounders) : scary, balding, and wearing a tracksuit.
Actually, being white works against Russians because you can’t counter anti-Russian hate speech by calling it hate speech since it’s targeted against white people. According to Americans, white people can’t be the target of hate speech, because reasons.

在好莱坞有一个缩写词，RAV，它代表俄罗斯人，阿拉伯人和恶棍。如果你在电影里看到一个俄罗斯人，他会看起来像照片上的那个人(约翰·马尔科维奇在《圆梦者》中):令人害怕，秃顶，穿着运动服。
事实上，作为白人对俄罗斯人不利，因为你不能通过称之为仇恨言论来抨击反俄仇恨言论，因为它是针对白人的。根据美国人的说法，白人不能成为仇恨言论的目标，因为有原因。
Kevin Xu
There actually is an interesting geopolitical reasons for European conflicts as well, especially with France and the UK in particular
the basic defense paradigm for the UK has been defense via ocean barriers. The navy is to be prioritized, as well as any European mainland ports that provide a short and direct route to the British isles
France’s defensive paradigm is one similar to China and other contential powers, to expand their nation until they reach natural borders that hamper easy movement, being mountain ranges and rivers
As you may notice, port regions in Calais, Belgium, and the Netherlands intersect both French and UK geopolitical interests, which one of the key reasons why since the early modern period this region has been contested quite heavily between the two powers, and also why UK has ensured the independence and protection of Belgium and the Netherlands up to today(aka why they got into WW1 in the first place)

正如你可能注意到的那样，比利时加莱和荷兰的港口地区与法国和英国的地缘政治利益交叉，这是自现代早期以来，这一地区在两个大国之间争夺相当激烈的关键原因之一。
Oleg Volkov
We have it hard in Russia - we don’t have any good “natural” borders.

我们俄罗斯太难了，我们没有任何好的天然边界。
Kevin Xu
The Caucasus mountains seem like a natural border between Russia and the middle eastern powers of Turkey or Iran, where there was plenty of fighting with these great powers and with the indigenous powers for control
but other than that, I have heard in terms of Western European I’ve read about(and correct me if I’m wrong) is that indeed Russia doesn’t have as many natural borders, so the direct or indirect control of buffer states such as Poland becomes important, to provide as much distance between other great powers like Germany. You could apply the same theory to -Stan nations and the Asian powers, but from the Chinese side, xinjiang’s border with Kazakhstan and Russia can be quite mountainous, such as Kanas National Park

高加索山脉似乎是俄罗斯和土耳其或伊朗等中东大国之间的天然边界，在那里，俄罗斯与这些大国以及当地大国为争夺控制权发生了大量战斗。
但除此之外，我在西欧读到过(如果我错了，请纠正我)，俄罗斯确实没太多自然边界，所以直接或间接控制波兰等缓冲国变得很重要，以便在德国等其他大国之间提供尽可能多的距离。
你可以将同样的理论应用于斯坦国家和亚洲大国，但从中国的角度来看，新疆与哈萨克斯坦和俄罗斯的边界可能是相当多山的，比如喀纳斯国家公园。
Tim Lewis
People are tribal. In a world of finite resources there's gonna be friction.
It's not a white people thing. Asians, Africans, Arabs are all pretty good at killing each other too.
Hell, 12 months ago Putin was saying Ukrainians ARE Russians and now they're slaughtering them. The differences don't need to be as big as the shape of your nose.
Hollywood is still a tip tho.

人是部落性的。在一个资源有限的世界里必然会有摩擦。
这不是白人的事。亚洲人，非洲人，阿拉伯人也都很擅长自相残杀。
该死的，12个月前普京说乌克兰人是俄罗斯人，现在他们正在屠杀乌克兰人。差异不需要像鼻子的形状那么大。
不过，好莱坞是个好观点。
Tsien-Hsin
Racial hate based on colourism is basically a historically new thing that only began on a wide scale in the 1700–1800s.

基于肤色歧视的种族仇恨基本上是一种历史上的新事物，在18世纪至19世纪才大规模开始。
Andrew Friedman
I’m not sure where this notion of racial unity comes from — certainly not from facts.
In 2016, in the United States:
Blacks. 90% of Black victims were murdered by other Blacks.
Whites. Likewise, 82% of White murder victims were killed by fellow Caucasians.
This means for a White person — the greatest threat comes not from someone of another race — but from a fellow White person.
From personal experience, as an adolescent, those in school who provoked me, taunted me, bullied me — which ultimately would reach a point where I was forced to fight back — were fellow White kids.
As an adolescent, I never once had a fight with someone from another race.
It was the White kids.
I was a late bloomer, plus many of the hardscrabble White kids from “the other side of the tracks” might have been left back a year or two — giving them an unfair advantage.
I had no choice but to go “crazy town” on them — perhaps not fighting fairly — but doing so resulted in my being considered not just crazy, but dangerous.
Eventually, I was left alone. If you had asked me about White unity when I was trying to survive as an adolescent, I would have been completely bewildered. There is no such thing. 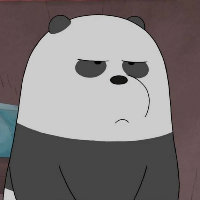