评论翻译
Rosheela Pandey
This may not be as obscure but this is my absolute favorite one because she makes me feel super powerful in ways I can't describe.
This is Agnodice, a Greek physician, mainly obstetrician.
In 4th Century BC, in Greece where women were prohibited to study and practice medicine, Agnodice who was appalled by the number of maternal and perinatal mortalities, wanted to study medicine to help women survive labor.
But sadly, Agnodice was not a man. But this did not deter her. She cut off her hair, dressed herself as a man and traveled to Alexandria to study medicine under Herophilos of Chalcedon. She studied all she could in the guise of a man and returned to Athens to put into practice all she had learnt.
In a society that valued female modesty in all forms, a lot of women refused a male doctor to conduct their labor and hence died in childbirth. When the news of Agnodice, still disguised as a male but was in fact a female spread along the female community, a lot of women asked her to be there to see them through their deliveries.
To other practising doctors, it seemed suspicious for women to seek advice and care during their pregnancy by Agnodice, whom they considered as a man, but still refuse their own expertise. They believed that Agnodice was seducing the women into treating them and was hence brought in front of the jury.
She could do nothing to prove her innocence except to show the most obvious proof that she was not seducing other women. She pulled off her robes, in front of the whole jury to show that she was a woman! (In that century, like what a badass, right!!)

公元前4世纪，在希腊，妇女被禁止学习和行医，阿格诺迪斯对产妇和围产期（是指怀孕28 周到产后一周这一分娩前后的重要时期）死亡人数感到震惊，她想学习医学来帮助妇女度过难关。
但不幸的是，阿格诺迪斯不是一个男人。但这并没有阻止她。她剪掉头发，打扮成一个男人，来到亚历山大，在查尔斯顿的希罗菲罗斯手下学习医学。她假扮成一个男人，尽她所能地学习，然后回到雅典，把她所学的全部付诸实践。
在一个要求女性贤淑的社会中，许多女性拒绝男性医生指导她们的分娩，因此死于分娩。阿格诺迪斯伪装成男性，实际上是女性的消息在女性之间传播时，许多女性要求她到那里看着她们的分娩过程。
在其他执业医生看来，女性在怀孕期间拒绝自己的专业知识，选择向阿格诺迪斯寻求建议和护理似乎是可疑的，他们认为阿格诺迪斯是男性。他们认为阿格诺迪斯是在引诱这些妇女治疗她们，因此被阿格诺迪斯带到陪审团面前。
她无法证明自己的清白，只能拿出最明显的证据证明她没有勾引其他女人。她在全体陪审团面前脱掉了长袍，表明她是个女人！（在那个世纪，就像一个坏蛋，对吧！！）
She might have disproved that she was seducing her clients (she being a woman herself) but the men who brought her to court were outraged. How dare a woman practise medicine, disguised as a man and that too right under their noses! The action was heinous. And in those times, women were prohibited to study and practise medicine and was in fact deemed a crime, punishable by death. So she was sentenced to death.
When the news of their trusted obstetrician sentenced to die reached the general mass, a lot of women, including wives of the people in power, rallied their way into the court to protest and demanded her to be released. Unable to deter this angry mob of women who wanted to protect the physician who had saved countless of mothers and their neonates, they decided to change the law. Since then, women were allowed to legally study and practice medicine.
Since then, Agnodice has been an icon in Medicine, signifying female equality in the field of medicine. She was the first female physician to have ever been acknowledged in those times.
It is still debated if she was a real person or something people made up but every single time I come across something regarding Agnodice, something in my chest just expands in pride for this woman who has paved way into the field of medicine for women like us. She may not be real, but for me, she is one hell of a badass woman. Truly an icon.

她可能想反驳她在引诱她的客户（她自己也是一名女性），但把她带到法庭的男人们却义愤填膺。一个女人怎么敢假扮成男人行医，就在他们眼皮底下！这一行动令人发指。在那个时代，妇女被禁止学习和行医，事实上被视为犯罪，可判处死刑。所以她被判死刑。
当他们信任的产科医生被判死刑的消息传到大众时，许多妇女，包括当权者的妻子，聚集到法庭上抗议，要求释放她。由于无法阻止这群愤怒的妇女保护这位救了无数母亲及其新生儿的医生，他们决定修改法律。从那时起，妇女被允许合法学习和行医。
从那时起，阿格诺迪斯一直是医学界的一个标志，象征着女性在医学领域的平等。她是当时第一位被认可的女医生。
关于她是真人还是别人编造出来的仍有争议，但每次我遇到关于阿格诺迪斯的事情，我心中的某些东西都会为这位女士感到骄傲，她为我们这样的女性在医学领域铺平了道路。她可能不是真的，但对我来说，她真是个该死的坏女人。真正的偶像。
Ayesha Azhar
In 1931, the Second Round Table conference was held in the United Kingdom and was attended by a large number of Indian delegates like Mahatma Gandhi and Muhammad Iqbal.
Enroute to the UK, a picture was taken of Gandhi on the ship SS Rajputana, which shows him laughing with and cuddling a baby girl.

The baby in the picture is Aziz Fatima, daughter of Shoaib Qureshi, a Congress member. According to reports, Gandhi and the baby developed a special bond and were seen interacting several times during the course of the journey.
Aziz Fatima is the granddaughter of Maulana Muhammad Ali Jauhar, an Indian activist who led the Khilafat Movement to protect the caliphate of the Ottoman Sultan. Maulana Muhammad Ali Jauhar was elected as President of the Indian National Congress in 1923 and was one of the founding members of the All India Muslim League.
Maulana Muhammad Ali Jauhar attended the First Round Table Conference in UK in 1930 and died in 1931, at the age of 52. He was buried in Jerusalem as, according to him, “He would not return to India alive unless the country was set free. I would prefer to die in a foreign country so long as it is a free country, and if you do not give us freedom in India, you will have to give me a grave here."
According to reports, Gandhi only smiled while in the presence of Aziz Fatima, which is why photographers continually borrowed the baby to take pictures of Gandhi.
“They asked my father if they could borrow me,” says Aziz Fatima. “The pair of us was called the ‘toothless grins’ since neither of us had any teeth!”
Sushila Nayyar, an Indian politician, wrote an account of the jovial time Gandhi spent with baby Aziz Fatima:
“Only once have I known anyone to get away with the last smile at his expense. It was in 1931, on board the SS Rajputana. He was indulging in a little swagger about his paternity bump, of which he has a grand conceit. He claimed he could hold the baby of Shoaib Qureshi better than anyone else and proceeded to make good his claim with a fake grimace. The baby smiled its sweetest, blandest smile as it quietly came into his arms. Quickly, Gandhiji returned it to its nurse, the baby still smiling, but Gandhiji’s grimace gone!”
Aziz Fatima migrated to Pakistan in 1948 and married Dr Zainulabidin Kamaluddin Kazi (founder of orthopaedic surgery at Jinnah Postgraduate Medical Centre, Karachi) in 1951.

Aziz Fatima with her husband, Dr. Kazi. (阿齐兹·法蒂玛和她的丈夫卡齐医生。)
Two of Mrs. Aziz Kazi’s daughters were English teachers in my high school. One of them, Miss Kazi, taught me most of what I know about English Literature, politics, history and feminism. Miss Kazi taught her students to look beyond and see the shades of grey in between. She taught us to dream and stand up for ourselves and others, even when no one else does.
I met Mrs. Aziz Kazi once, when we had an afternoon class at Miss Kazi’s house. She welcomed us warmly but I never really had a personal conversation with her. Even so, it was exhilarating to imagine I was in the presence of the same woman who, as a baby, boarded the SS Rajputana with Gandhi and made him smile so.
Gandhiji and Maulana Muhammad Ali Jauhar are gone, but this picture will live on forever; as proof of their joint struggle against the British, to gain freedom for India.
Peace.

《两个情人的故事》是一本写于1444年的情色小说，是15世纪最畅销的书之一。这本书由埃涅阿斯·西尔维乌斯·皮科洛米尼（Aeneas Silvius Piccolomini）撰写，讲述了意大利锡耶纳的一对恋人的故事。
它主要讲述了已婚妇女卢克雷蒂亚和奥地利公爵仆人尤里亚卢斯的爱情故事。1470年出版的第一个印刷版本包含了大量的情色图像，与故事相伴。
但真正让这个故事与众不同的是，作者埃涅阿斯·西尔维乌斯·皮科洛米尼（Aeneas Silvius Piccolomini）是世人所知的是教皇庇护二世。他也是唯一一位写过自传的在位教皇——相当于作者！
Mikael Eriksson
Alfred Nobel decided to initiate the Nobel prize after reading his own obituary.
The Nobel Prizes came about through a chance event. When Nobel's brother died, a newspaper ran a long obituary of Alfred Nobel, believing that it was he who had passed away. The newspaper described him as the inventor of dynamite, the man who had made it possible to kill more people more quickly than anyone else who had ever lived.
At that moment, Nobel realized two things: that this was how he was going to be remembered, and that this was not how he wanted to be remembered.

阿尔弗雷德·诺贝尔是在读了自己的讣告后决定发起诺贝尔奖。
诺贝尔奖的出现是偶然的。诺贝尔的哥哥去世后，一家报纸刊登了一篇关于阿尔弗雷德·诺贝尔的长篇讣告，认为是他去世了。该报将他描述为炸药的发明者，说这个人比任何活着的人都能更快地杀死更多的人。
在那一刻，诺贝尔意识到了两件事：这是他将被记住的方式，但是，这不是他希望被记住的方式。
Brian Kearney
When I was a young man I worked as a limousine driver in Boston. We catered often to tourists and I gave historical tours in and around the city. Obviously the American Revolution is big business in the tour industry in Boston. I would often take families out to Concord and Lexington to see where everything got started etc.
One of my most popular stops was parking the Limousine or company car in Concord center and leading my clients for a little jaunt up the hill into Sleepy Hollow Cemetery. Everyone wanted to see Louisa May Alcott, Emerson and Hawthorn etc up on Authors ridge. I memorized quick interesting things to say about their lives. Then wait while folks wandered around exploring the cemetery and taking pictures etc.
One day as i stood waiting on the cemetery path I noticed a non descxt grave off to my left. Dozens of folks walked right past the grave no one giving it any attention. I read the name. “Daniel Chester French.” I was floored. It couldn’t be but it was. I found myself marveling at the melancholic irony. Here, in this simple grave site with this nice but plain grave marker was the most famous monument and statue maker the Country has ever known: The Lincoln memorial, The minute Man statue, John Harvard statue etc etc. and no one even bothered to pause. Almost 5 million people visit the Lincoln Memorial a year. Truly his work dwarfs all the others in the cemetery but no one cared. No one even knew his name. It made me sad. From that moment on I made it a point to bring all clients to that spot and to relay what I knew.
Anyway, I thought it was interesting fact that such a giant rests in such obscurity with no one even pausing as they passed him; meanwhile at the same moment several hours away thousands were admiring his work 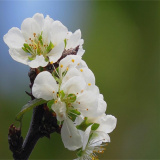